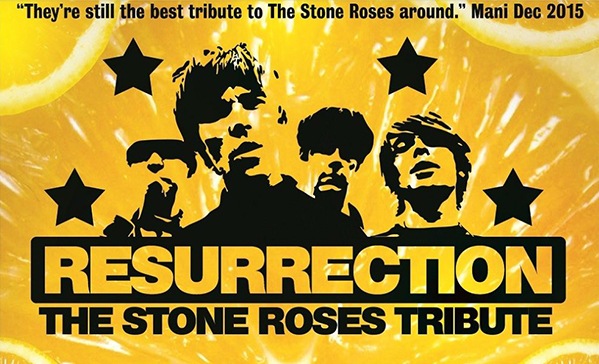 The band first formed in 1998 in Glasgow & have toured the length & breadth of the UK & Ireland performing to hundreds of thousands of Stone Roses fans. Touring with Mani from The Stone Roses for 3yrs, they performed with him live onstage at King Tut’s Wah Wah Hut. Regarded as the only Stone Roses tribute worth hearing, they have perfected the Stone Roses sound so well that Mani of the Stone Roses said “ They sound better than we did before we split” and “They’re still the best tribute to the Stone Roses around!” Covering all the Roses greatest hits, this gig is sure to be a sell out so get your tickets now!

All performances by Resurrection Stoneroses