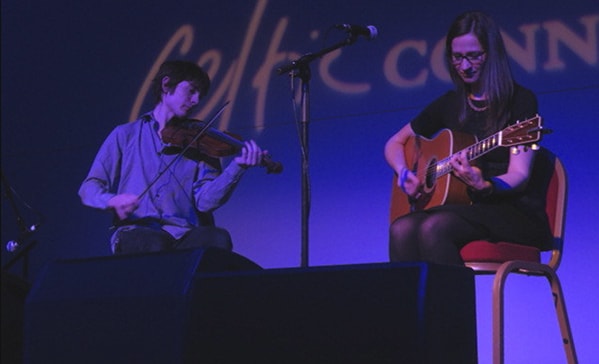 “He has created his own unique way of playing and is finding great emotional depth in his native Scottish Music. Ryan Young is an up and coming musician who is gaining more and more well deserved recognition. I feel that he has the potential to make a very significant contribution to the Scottish tradition.” – Martin Hayes

‘…Young’s playing is so richly expressive, channelling such deep emotion, that it feels like a dramatic performance in a theatre…one feels that here we have a potential heir to Duncan Chisholm for sheer emotional intensity.  It’s a remarkably mature debut album from one so young.’ – Paul Matheson, Folk Roots 2017

Don’t miss his only show at the Merchants Hall.

All performances by Ryan Young

This website uses cookies to improve your experience while you navigate through the website. Out of these, the cookies that are categorized as necessary are stored on your browser as they are essential for the working of basic functionalities of the website. We also use third-party cookies that help us analyze and understand how you use this website. These cookies will be stored in your browser only with your consent. You also have the option to opt-out of these cookies. But opting out of some of these cookies may affect your browsing experience.
Necessary Always Enabled
Necessary cookies are absolutely essential for the website to function properly. This category only includes cookies that ensures basic functionalities and security features of the website. These cookies do not store any personal information.
Non-necessary
Any cookies that may not be particularly necessary for the website to function and is used specifically to collect user personal data via analytics, ads, other embedded contents are termed as non-necessary cookies. It is mandatory to procure user consent prior to running these cookies on your website.
SAVE & ACCEPT